A Family Business with
the Emphasis on Family

In 1938, Mr. Lynch passed away and his wife, Ellen “Nell” (Cantillon) Lynch, also a Funeral Director took over the business. Their nephew, Edward J. Cantillon, Sr., eventually became the owner of the funeral home and it was renamed Lynch-Cantillon Funeral Home.

After World War II, Edward’s son, Edward J. Cantillon, Jr, nicknamed Ned, ran the business, assisted by his brothers, Richard (Dick) and William (Gus), until his passing in 1998. He was responsible for building the addition to the property (the current funeral home) in 1956.

Ned’s son, Edward J. “Eddie” Cantillon III, came into the business in 1985, assisted by his wife Denise. Further renovations were made in the late 1980s, including a large parking area in the rear. The adjacent property to the north of the funeral home was acquired in 1999 and serves as an office for the business.

Ned’s daughter, Jean Cantillon Olander, began working full-time as a funeral director in 2000 and became the co-owner of the business with her brother Eddie.

Jean’s daughter Kate became licensed as a funeral director in 2011 and joined her mother and Uncle Eddie in operating the business until 2013, when Eddie retired. Jean oversaw a complete renovation of the funeral home from 2014-2015. Sadly, Kate passed away in 2015 from pregnancy complications.  Her spirit, dedication and love animate everything we do.

And the legacy continues: Jean’s son Douglas graduated from Fine Mortuary College in 2016 and is now also a funeral director. Our staff is rounded out by another outstanding funeral director Gina Ruiz and office manager extraordinaire Colleen Maiella. 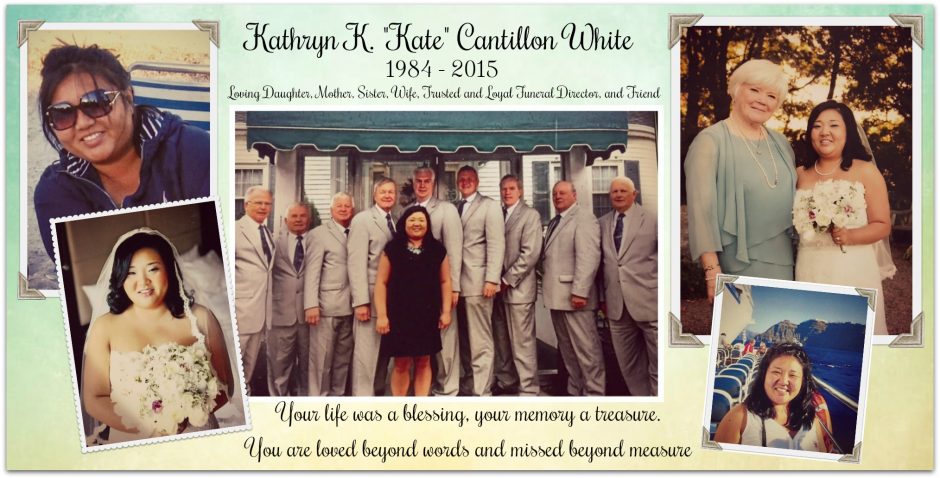 Thank you for submitting your guestbook entry. All entries are moderated — please allow 24-48 hours for your entry to appear.